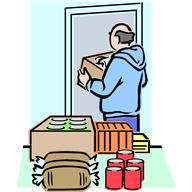 Thank you to Congregational Stewardship Consultant Aggie Sweeney for sharing this article about generosity and the holiday season with our office.

“The urge to give that is awakened around this time is an important one: Philanthropy plays a crucial role in American society, providing funding for a vast array of services. Giving also connects us as a culture: According to a study by the Giving USA Foundation and the Center on Philanthropy at Indiana University, nearly two-thirds of all Americans gave to charity in 2008. American charities took in nearly $300 billion in 2010.” by Leon Neyfakh

You can read the rest of the article on The Boston Globe website.