One of the greatest missing teachings in the American church today is the reminder to men and women that nothing we have belongs to us.

Does your congregation have a planned giving program? Is the program actively growing with new bequests?

An important element of a comprehensive financial management plan for congregations is planned giving. A well-conceived 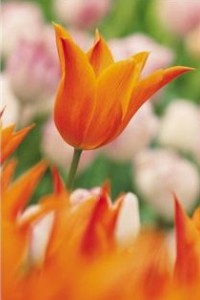 planned giving program encourages congregants to give financial support for the long-term fiscal stability of a congregation. The gifts given to a planned giving program establish and maintain an endowment fund, the part of a congregation’s income derived from donations. By providing investment income, the endowment fund becomes the vehicle through which long-term fiscal stability is assured.

Conventional wisdom says that planned gifts are most often made by people between the ages of 55 and 75. Currently, almost 14 percent of the United States population is 65 years or older. The median adult age of Unitarian Universalist members is estimated at 54+ years, and their average household net worth is estimated to exceed $232,000.

Planned giving can be accomplished by several means. For example, a person could name the church as a beneficiary of a life insurance policy or retirement plan. Charitable bequests, however, are the most commonly used form of planned giving. A charitable bequest is a gift given to charity through the provisions of a legal will or living trust. From the donor’s standpoint, bequests have several advantages that make them popular. They are relatively inexpensive to arrange, save one dollar in estate tax liability for every dollar given. They are also easy for a congregation to promote. However, it is estimated that 70 percent of all Americans die without a will. It is also estimated that fewer than 10 percent of those capable of making a charitable estate gift have ever been asked.

The best news is that your congregation doesn’t have to reinvent the wheel. Chapter Eight in Beyond Fundraising provides a step-by-step process to create a planned giving program. The Appendices include several important document samples that can be modified to fit the specific needs of your congregation.

So what are you waiting for?