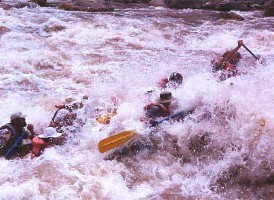 Study the picture of the raft in big whitewater and think about the thoughts that go through your mind. Then click “read more” or read the rest of this blog post. END_OF_DOCUMENT_TOKEN_TO_BE_REPLACED 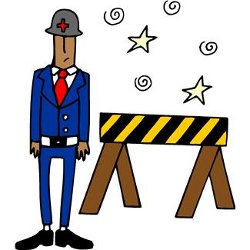 This is the seventh in the series and we will run one each month (if you can’t wait to a year to read all of them you can purchase the book Beyond Fundraising: A Complete Guide to Congregational Stewardship and read them in Chapter 1: The Spiritual Roots of Stewardship).  Are large givers going to barricade the road we wish to travel down?

Myth: Generous givers feel entitled to complain loudly when things do not go their way. They attempt to “hold the congregation hostage” by threatening to eliminate their financial and volunteer support.

Truth: There may be a few generous givers who feel entitled , but not many. Fundraising consultants have an axiom that says, “People who give the most complain the least; those who give the least complain the most.” People are more committed to faith communities when they give joyfully of their aptitudes, abilities, and money (their gifts), when they willingly proclaim the faith community’s good works (their call), and when they participate in the work (spiritual vocation) of their faith community. With few exceptions, the most committed congregants are those who are helpful and supportive to a fault. The people who are vocal obstructionists often lead with their heels, giving little of their gifts, call, or spiritual vocation to their faith community.

“We used to have a lot of fundraisers to help balance our annual budget. Most notably, we ran a fall at-your-service auction and a spring yard sale. After a  while, people got worn out from all the hard work and the excruciating pressure of needing to raise a certain amount of money each time. It got harder and harder to recruit volunteers to run these events.

Then, someone had an epiphany: ‘Not only is this really hard work, but, for the most part, we are just exchanging money among ourselves.’ And then someone estimated the amount of time required to run each fundraiser. It was easy to see that conducting fundraisers to balance an operating budget was not at all cost effective.”

Fundraisers to build community are great. Fundraisers to support external ministries are also great. Using fundraisers to balance an operating budget . . .not so much. END_OF_DOCUMENT_TOKEN_TO_BE_REPLACED 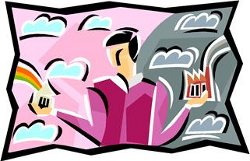 This is the sixth of the twelve part series in de-bunking fundraising myths (if you can’t wait to a year to read all of them you can purchase the book Beyond Fundraising: A Complete Guide to Congregational Stewardship and read them in Chapter 1: The Spiritual Roots of Stewardship). We’re examining these myths closely to clear-up these false assumptions about giving.

How involved do people want to be when they give the congregation money?

Myth: People want to make their contributions without getting involved in the messy decision-making process of the congregation. 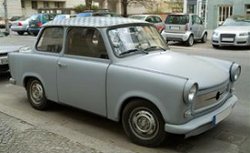 The following question was recently posted on the UUmoney listserv:
“Is there a best way for a church to receive the donation of a car and turn it into cash?”

While that’s an intriguing question, a better question might be, “Should a church accept donation of a car?”

Ideally, a congregation has anticipated this second question and has written a clear endowment document. This document provides written policies for a planned giving program and clearly describes what types of gifts can be accepted without review and which gifts require approval of the governing body or the entire congregation.

It is especially helpful to outline a procedure for reviewing gifts of real estate, used cars, or other personal assets that may be difficult to sell. Does the congregation really want to be in the business of managing a piece of real estate, or brokering a deal on a donated car, or assessing the value of Aunt Maude’s priceless bric-a-brac? END_OF_DOCUMENT_TOKEN_TO_BE_REPLACED

This is the fifth in the series and we will run one each month (if you can’t wait to a year to read all of them you can purchase the book Beyond Fundraising: A Complete Guide to Congregational Stewardship and read them in Chapter 1: The Spiritual Roots of Stewardship). You may have seen the commercials for Bing about search engine overload, and we may feel that way sometimes but it doesn’t necessarily mean that congregants don’t want to know where their money is going.

Myth: Because many people are suffering from information overload, they do not want to know how the congregation is using their contributions.

Truth: May people, although overwhelmed with information in their daily lives, are also well educated and a bit skeptical. They are less likely than previous generations to have blind faith that the congregation is using their money wisely. They want to know that their contributions are making a difference, and they are interested in the facts and figures as well as the narrative that explains the ways that their financial gifts are being used. (Note that this does not necessarily mean they want to see long columns of numbers as found in a detailed line-item budget.)

As a provider of electronic giving solutions to thousands of churches, Vanco Services, LLC is pleased to share insights we’ve gained over the past 15 years that may be helpful to Unitarian Universalist congregations.

Seasonal donation slump. Donations tend to track closely with the number of weekly worshippers, producing a seasonal donation slump in most congregations. A church’s operating costs and program expenses continue year round but weekly check & cash offerings are erratic and typically taper off after Easter and then drop—often precipitously—during summer months before recovering in the 4th quarter. Vanco data shows an average 43% decline in weekly giving by paper check from Easter to mid-summer.  Even the most dedicated churchgoers miss services. Vacations, illness and weather (good and bad) all enter into the equation. In the fall of 2009, the flu—and even fear of the flu—depressed attendance at services. Late-year snowstorms in 2009 also kept worshippers at home in some areas of the country—a critical development considering most churches receive up to one-third of their annual contributions during the month of December.
END_OF_DOCUMENT_TOKEN_TO_BE_REPLACED 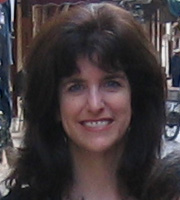 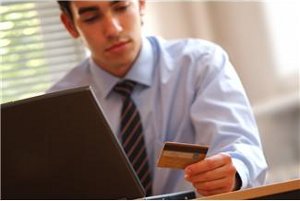 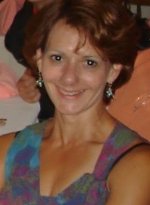 “There is good news on the horizon for the success of annual budget drives.

In 2009 non-profit organizations experienced a downward trend in household giving, the kind of giving our congregations rely on.  Blackbaud, makers of fundraising software, monitors giving on many levels and has noted some positive trends in the quarter April – June 2010.

Their study shows that small non-profits with annual revenues under $1 million experienced a 12.3 percent increase over the same time period last year.  That’s good news for congregations with late spring annual budget drives.  Mid sized non-profits with annual revenues between $1 million and $10 million still had a decline of 2.5% but is considered recovering because it is less of a decline than for the same time last year.

The study also reports that online giving is up by 13.1 percent for small organizations. If you are not using online giving as an option for your annual budget drive and other gifts you may want to consider adding this opportunity.”

You can read the article at the Association of Fundraising Professionals or the full report at Blackbaud.