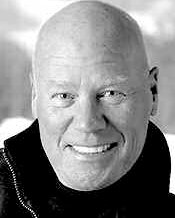 A shibboleth has come to mean the use of old words or phrases that form part of the specialized jargon of a group, and reveal their users as members of a group. Since many of us continue to cling to old ideas, Lance Secretan coined the term shibboleths of leadership.

He believes the practice, theory and teaching of leadership as been in a rut for years. He has noticed a herd mentality afoot. Consultants, professors, academic writers, and theorists work hard to deepen the existing paradigm, thus excluding new thinking.

He believes our attachment to shibboleths and theories often serve our need to be right more than the need to make the world better. This frailty of ego results in making work experience debilitating or many people whose common sense tells them that the philosophies and theories being practiced and promoted are inadequate and anachronistic. Yet, people are pulled along on the stream of fashionable shibboleths masquerading as wisdom, unable to change it all. The CEOs, leaders and HR practitioners responsible for training and development, often scan the environment for the most popular theories and books—obsolete paradigms and shibboleths—and not wanting to be seen to be out of step, they encourage the same obsolescence  themselves, reinforcing the inadequacy and providing validation for those still stuck in their old paradigms.

You can read the rest of Shibboleths of Leadership by checking out the article in Paradigms magazine.