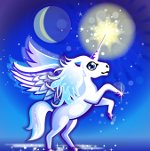 This is the first of the series and we will run one each month (if you can’t wait to a year to read all of them you can purchase the book Beyond Fundraising: A Complete Guide to Congregational Stewardship and read them in Chapter 1: The Spiritual Roots of Stewardship).  Just because people say that it is true and have repeated it over time does not mean that it is the truth much like the existence of unicorns.

Myth: Those in low-income households don’t have money to contribute, so they offer their time instead.

Truth: The myth that people contribute money or time has been disproved. Recent research by Ian Evison, formerly of the Alban Institute, shows that, in general, financial contributions follow an investment of time. Those who give more time also give more money. In addition, anecdotal observations by fundraising consultants indicate that people with limited income often contribute a higher percentage of that income than those with larger incomes.