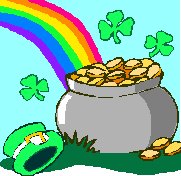 This is the second in the series and we will run one each month (if you can’t wait to a year to read all of them you can purchase the book Beyond Fundraising: A Complete Guide to Congregational Stewardship and read them in Chapter 1: The Spiritual Roots of Stewardship).  Just because people say that it is true and have repeated it over time does not mean that it is the truth much like the existence of a pot of gold at the end of the rainbow.

Myth: Because baby boomers (those born just after World War II) are generally self-centered, materialistic, and achievement-driven, they do not give much money to faith communities or other charities. Furthermore, they do not have the time to offer their call or spiritual vocation to their congregations.

Truth: Research conducted in 1994 by the Barna Research Group indicates that baby boomers were the most generous generation of the twentieth century. Barna states, “If we compare their giving to that of prior generations when those people were the same age, boomers emerge as more generous.” His research indicates that boomers might be willing to give more to faith communities if furnished with sufficient motivation to do so. It is the “show me what difference my contribution will make” mindset of many boomers that often frustrates older congregational leaders. In contrast, these older congregants come from a generation that sees giving as an obligation and an expectation. When older leaders fail to understand the motivation of boomers, they are unsuccessful at raising money from boomers and often unsuccessful at recruiting them for leadership roles.