Religious educators are fond of telling children that it is better to give than to receive. Does that mean it is less blessed to receive? Certainly not. It is also important to receive gifts unapologetically and with gratitude, letting others experience the joy of being givers. In fact, receiving gifts is often harder than giving them. In his book Giving and Stewardship in an Effective Church, Kennon Callahan expresses his belief that “the key to giving is receiving, for in receiving, we learn how to give.” 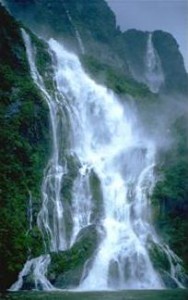 The following suggestions have worked well for those who shared these stories. This sampling of individual stories illustrates how these congregants have learned to value the art of receiving. As such stories are shared in a congregation, the concept that receiving precedes giving will become part of the culture of your faith community.

Allow someone to give you a gift without attempting to repay them. A congregant from the Pacific Northwest tells the story of his two young-adult daughters who wanted to take him to the theater one evening. He was hesitant at first because he knew that the tickets were very expensive. The show was wonderful, and they all thoroughly enjoyed it. And he realized that a big part of his daughters’ fulfillment was seeing how much he enjoyed it.

Check your motives for giving. Another congregant shared a story from a recent holiday. A friend surprised her with a gift. They had not exchanged gifts in the past, and she had not bought her friend a gift. She felt embarrassed, then guilty, and was ready to create an excuse for not having a gift to give in return. She thought of saying, “I’ve ordered a gift for you, but it hasn’t yet arrived.” Fortunately, before she spoke, she remembered advice from an article written by Bonita Joyner Shield, an assistant editor of the Adventist Review. Shield said, “If the only reason you would buy them [a gift] is because they bought you one, forget it! Humble yourself, and allow them the joy of giving.” She joyfully thanked her friend for the gift.

Look for Learning to Receive (Part II) posted on our blog next Wednesday.